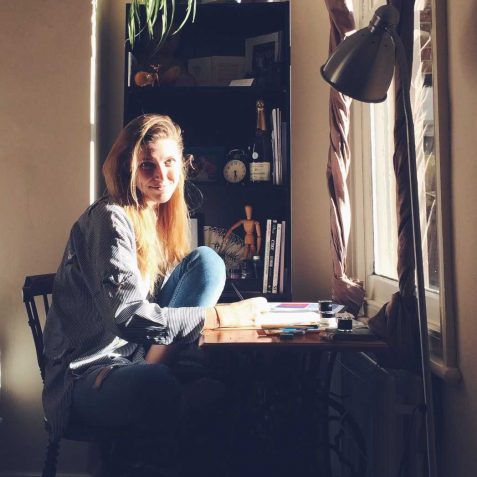 Yes and no! Calligraphy has been around for a long time, and developed all over the world. In a nutshell, calligraphy is just hand-lettering. But you’d be forgiven for hearing the word and thinking of old men with feather quills, scrawling bible text in flickering candlelight.

Calligraphy has had many forms and resurrections. In the last few years, you’ve probably spotted lots of ‘modern calligraphy’. This is usually cursive (fancy word for joined-up). You might have seen it on a birthday card, a chalk menu, wedding invitation, or a million other places.

Calligraphy has had an amazing revival in the form of modern calligraphy. I think this coincides with the resurgence of a general appreciation of hand-made, hand-crafted items. This includes hand-painted signs, brush lettering, and pointed pen calligraphy. That last one means using a pointed nib and ink.

“You can now have bright, colourful inks, soft pastels and even neon. Which means the possibilities are endless” 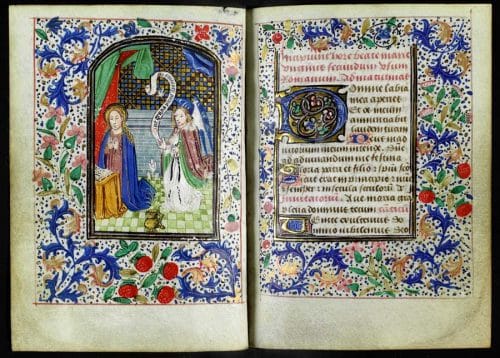 I mostly practice pointed pen calligraphy. It is nib-and-ink-goodness. When you apply pressure on a downstroke, the nib splits wider and lets more ink out. Voila – a thick line! When you drag the nib lightly on an upstroke, the nib stays sharp and pointy. It lets less ink out. Voila – a thin line! For the record, it looks nothing like my normal handwriting, which resembles that of an 8-year-old. Whole other ballgame. My writing is a mess. My calligraphy is (hopefully) much easier on the eye.

If you want to make something beautiful – a friend’s favourite quote in a frame, a gorgeous envelope address (housing a barely legible letter, in my case), a personalised card, or an invitation, calligraphy is ideal. It’s also done by your hand, so it’s absolutely unique to you. And inks have come a long way. You can now have bright, colourful inks, soft pastels and even neon. Which means the possibilities are endless.

“It’s calming. I go into a bit of a meditative state” 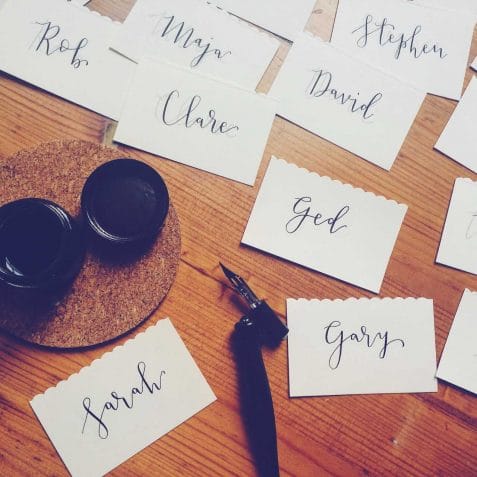 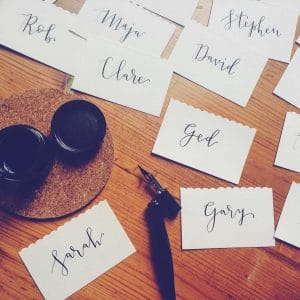 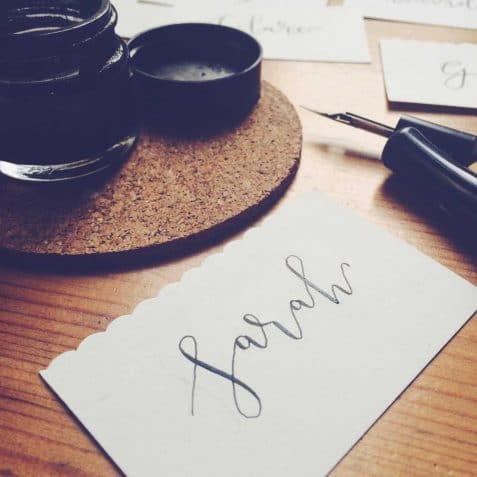 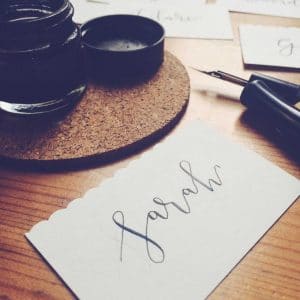 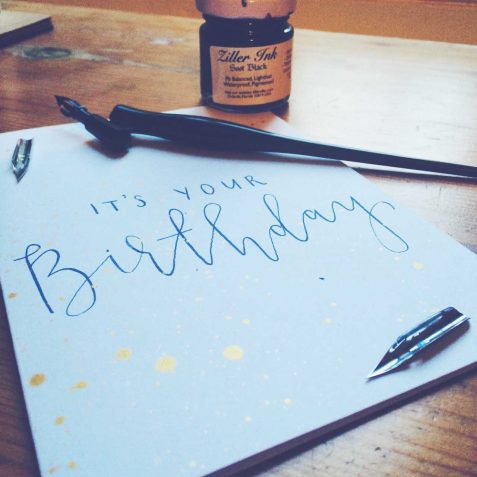 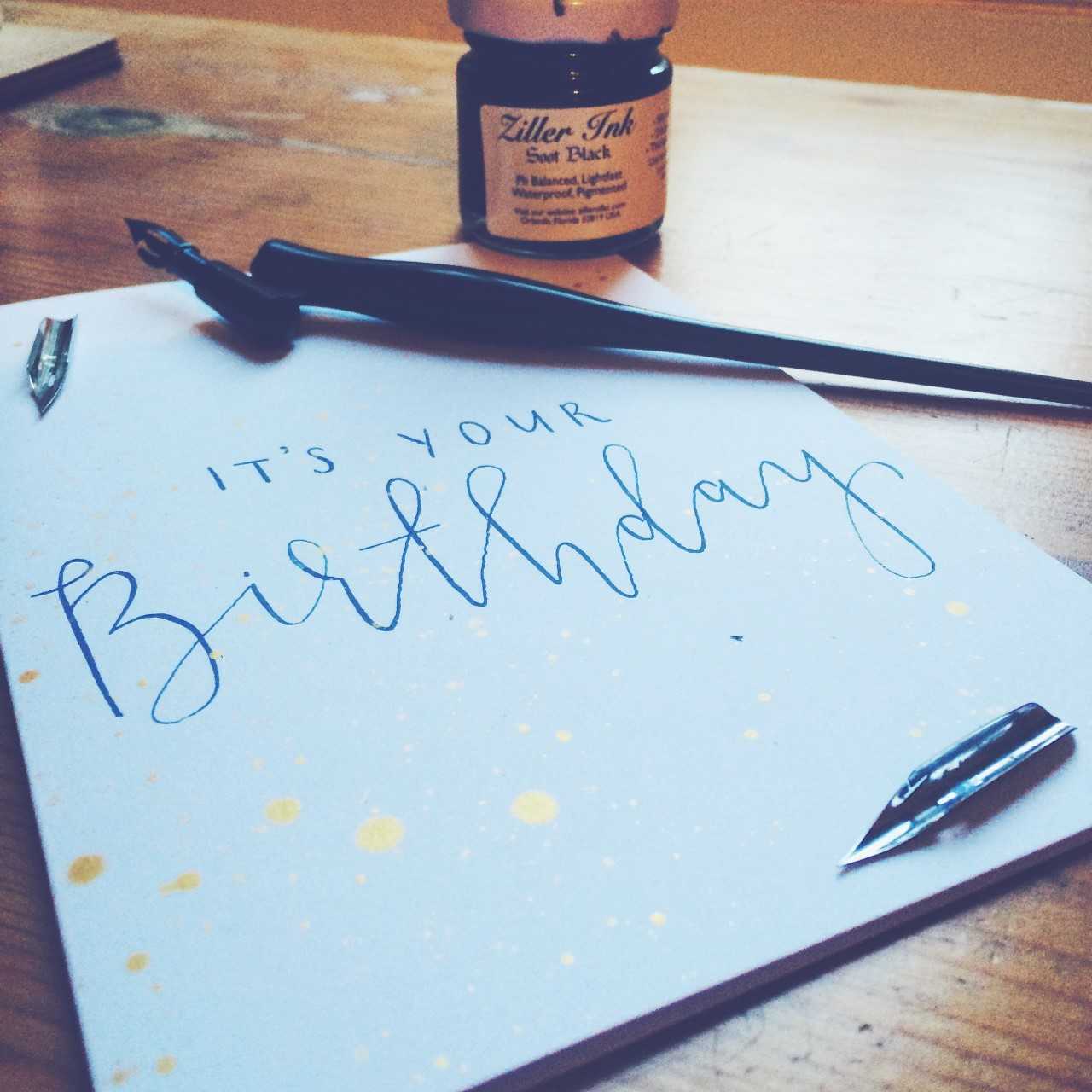 But what I think has hooked me more even than the look of the thing, is the practice of doing it. It’s calming. I go into a bit of a meditative state. I can easily sit at my desk and just work and work and work. Hours go by. Tea goes cold (this is a serious problem, top tip – get a tea cosy). Basically, as with any great hobby, I forget everything else exists. It takes concentration. Which means you can’t think about anything else – just nib, ink and paper. Upstroke, light. Downstroke, heavy. Repeat. Crap, my tea’s gone cold again.

Keep your eyes peeled for future calligraphy workshops at Poplar Union in the new year!

Calligraphy is not just for medieval men anymore, it’s for everyone. And I for one, am sold. 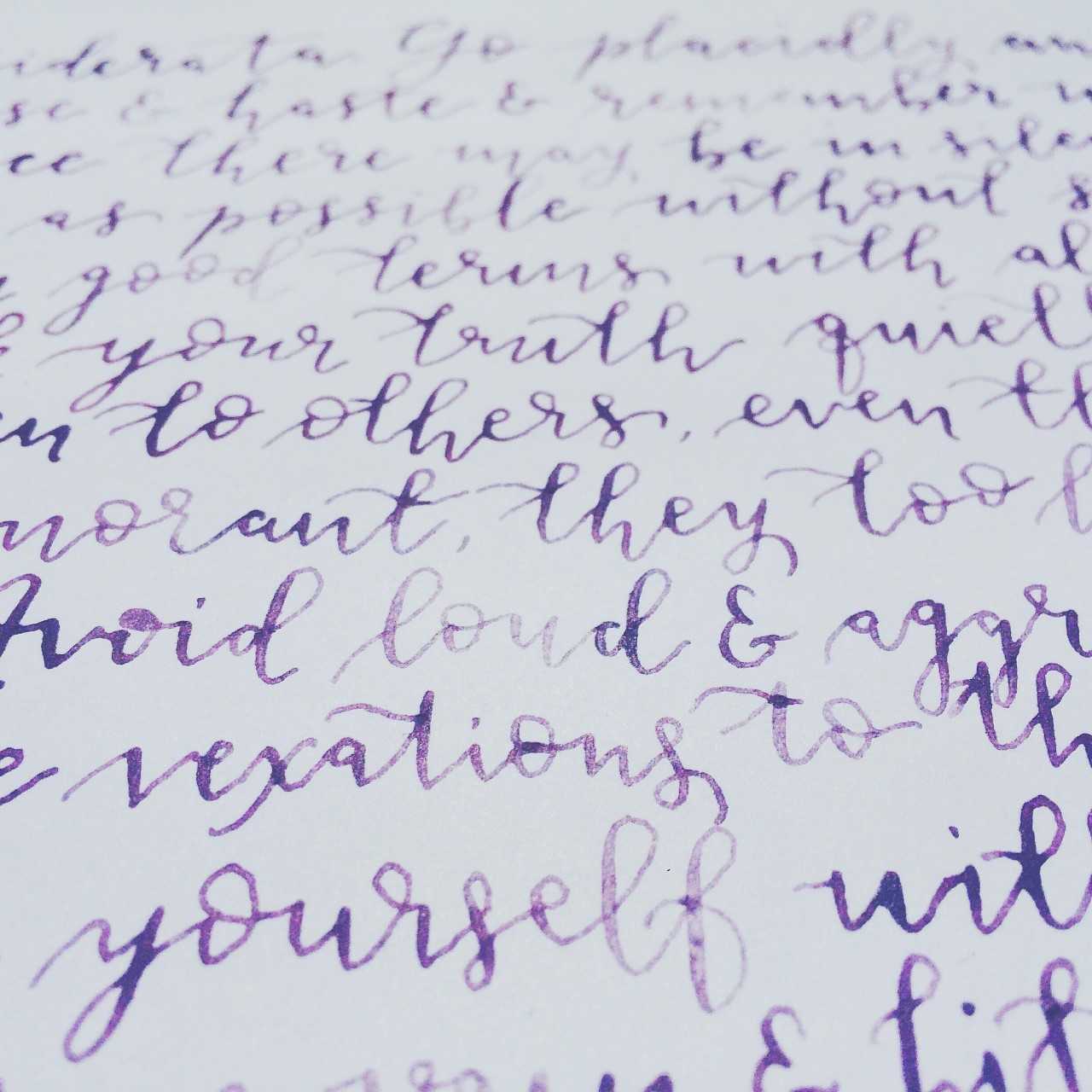 PLEASE NOTE: Liza’s Christmas calligraphy workshop has now sold out. If this article has piqued your interest, you can explore more of Liza’s beautiful calligraphy here, and get in touch if you want to arrange a mini private workshop. 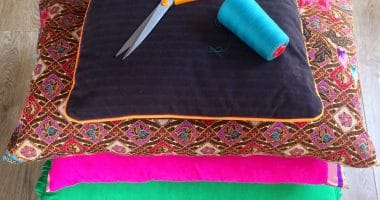 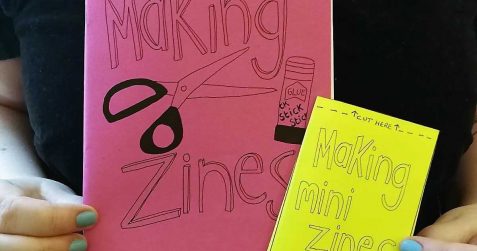 Doing It Yourself: Making Zines with Holly Casio 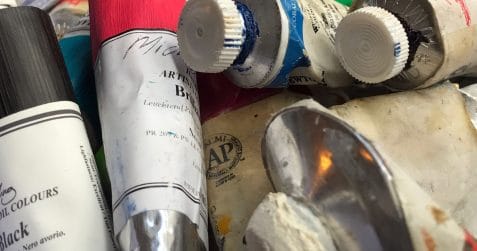