Portrait of a seagull: close encounter of the human kind by Kaan Diskaya

Portrait of a seagull: close encounter of the human kind by Kaan Diskaya

“Yellow-legged gull is a medium-large bird: it reaches a length of 55-65 cm, with a wingspan that can extend to 150 cm, weighing 1.25 kg. Both sexes have basically the same appearance: heads and bodies are white, a light shade of grey on the back and on the wings with few clear spots on the black wings’ tips. As the name suggests, the legs and the beak are yellow, while a thin red circle can be observed around the eyes.

Since many decades, yellow-legged gulls have learned how to find food in the garbage bins of our cities and recycling stations. Although its main source of food is represented by fish, carcasses and sometimes even rats, among its prey there are also other birds, which they hunt in flight or directly in their nests.”

Photographs in this exhibition were taken in Istanbul during the gull’s two days visit of my flat’s window. I aimed to explore the fragility and the transition of being a feeder and a food. Likewise the window between the photographer and the gull, who/what we are is fragile and relative to the other’s point of view. 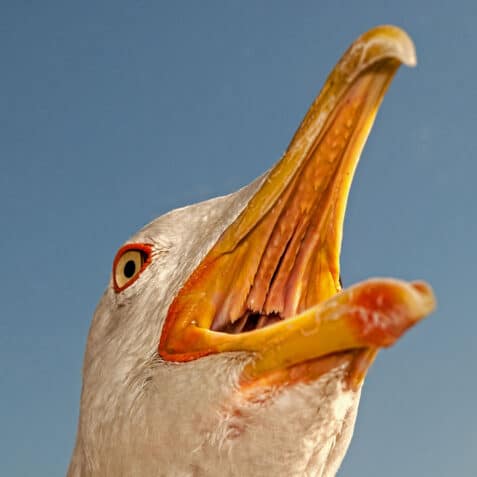 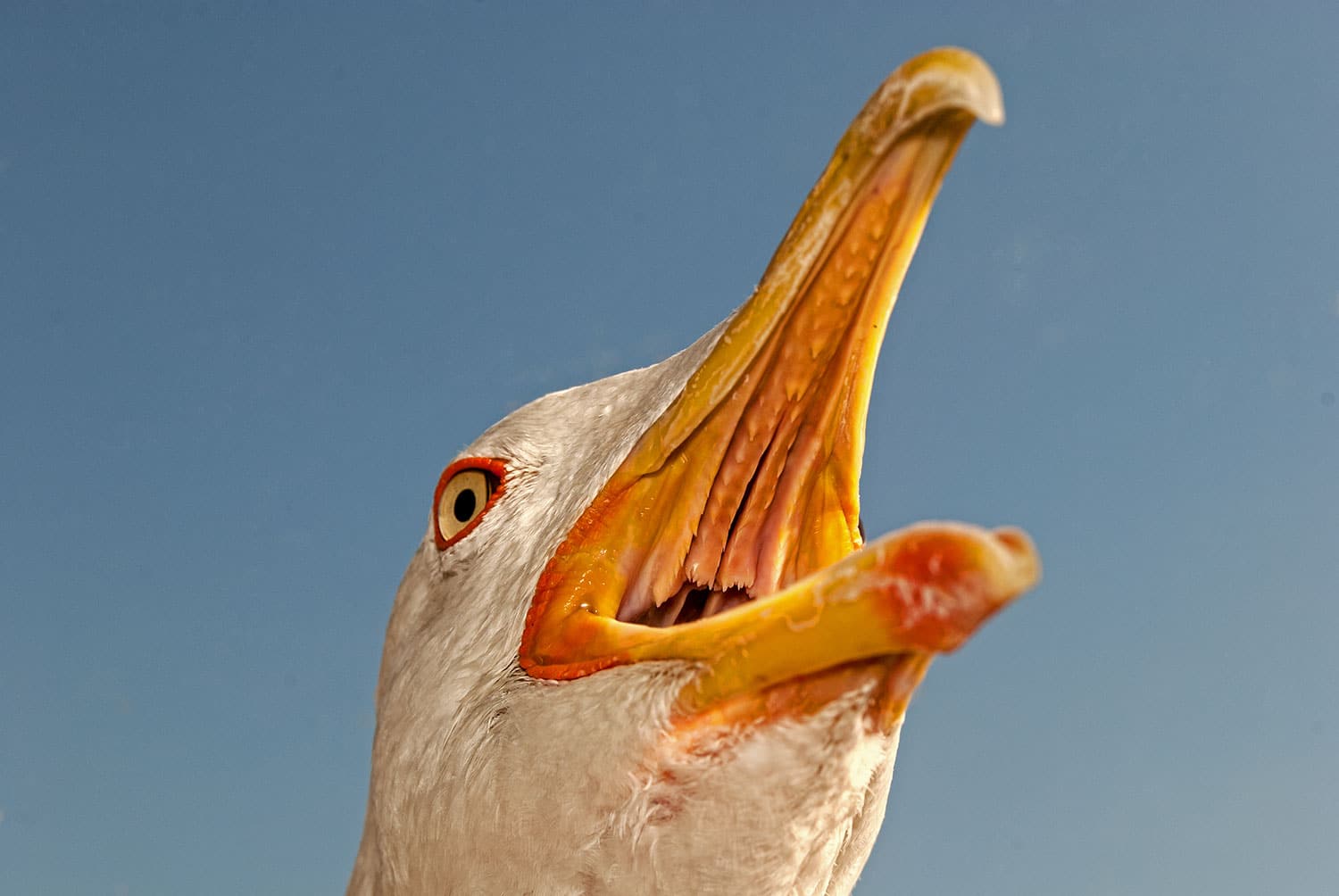 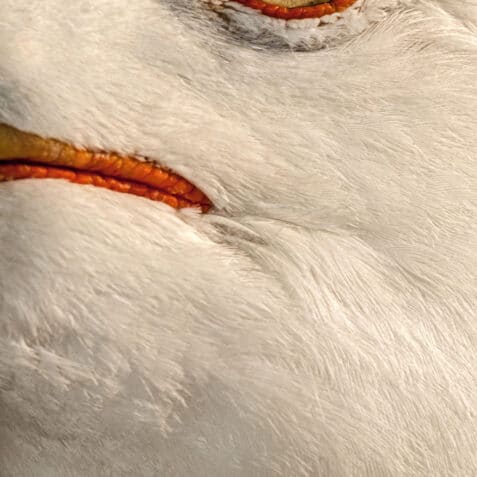 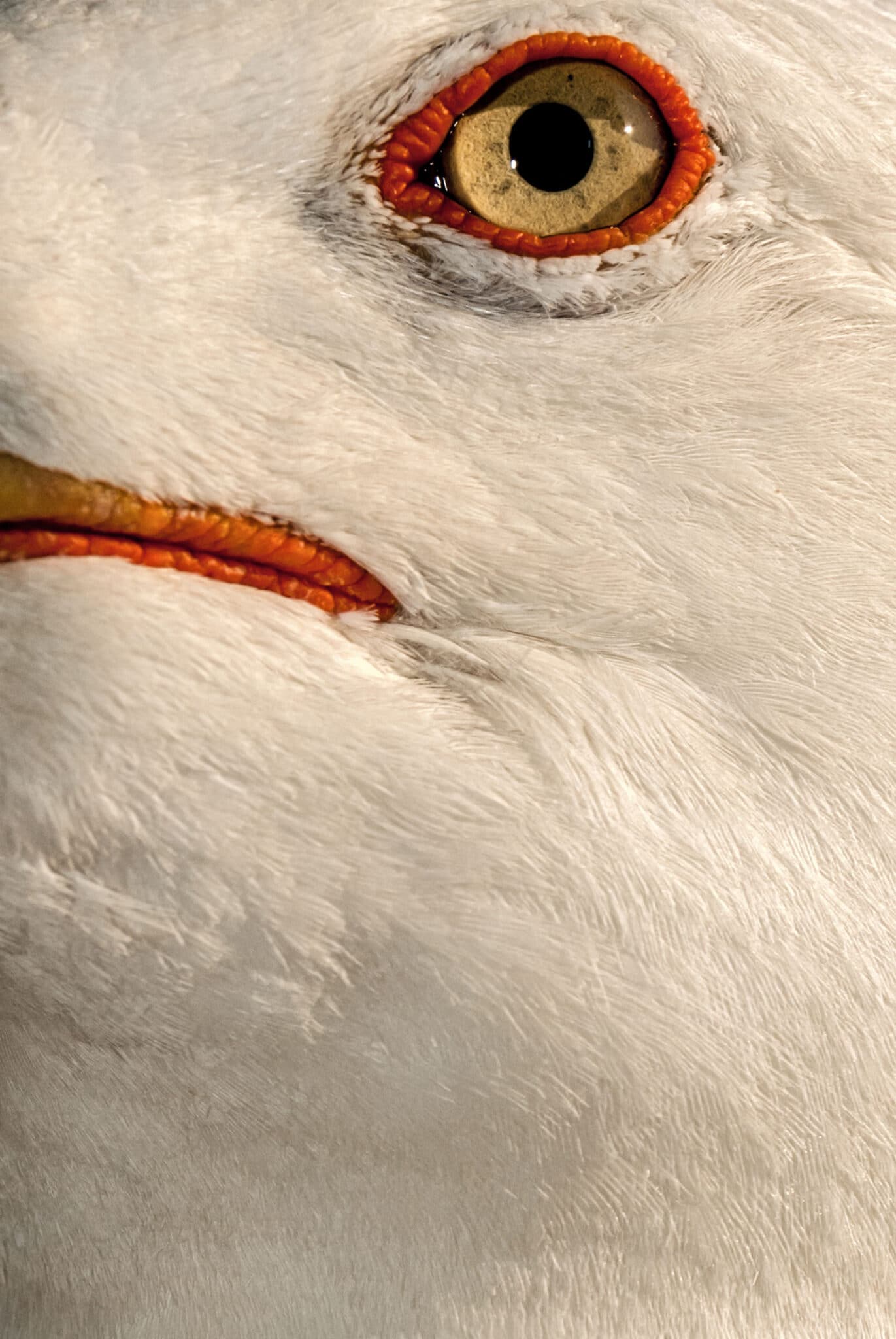 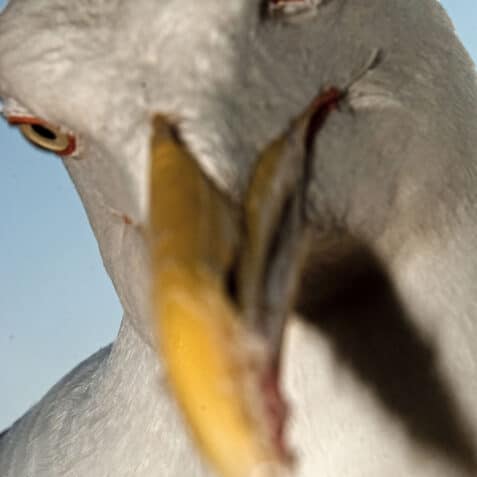 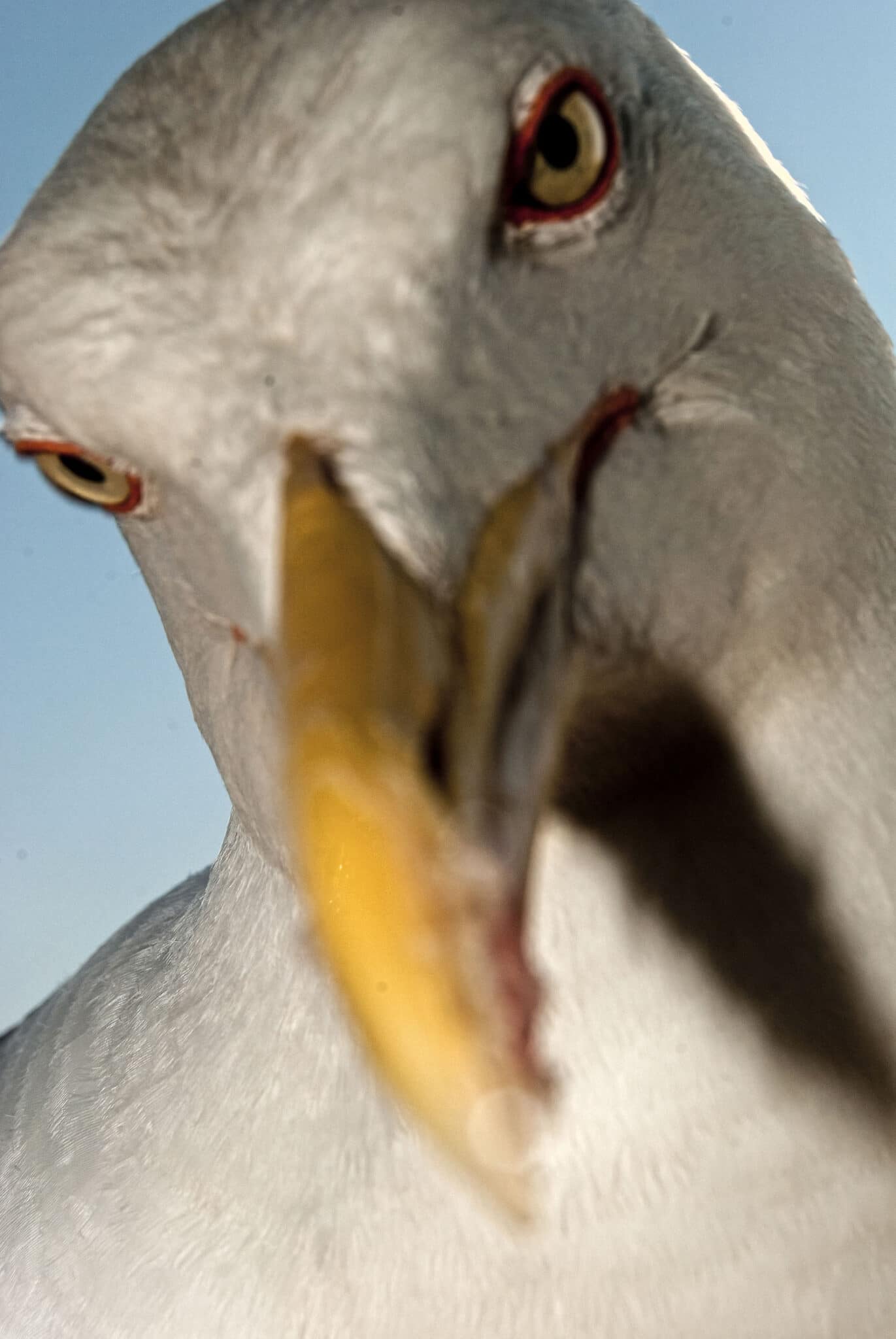 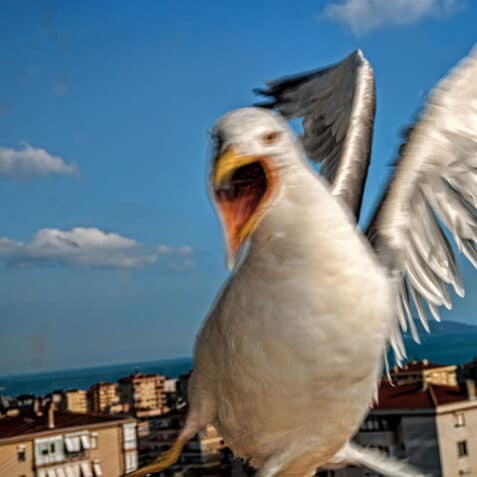 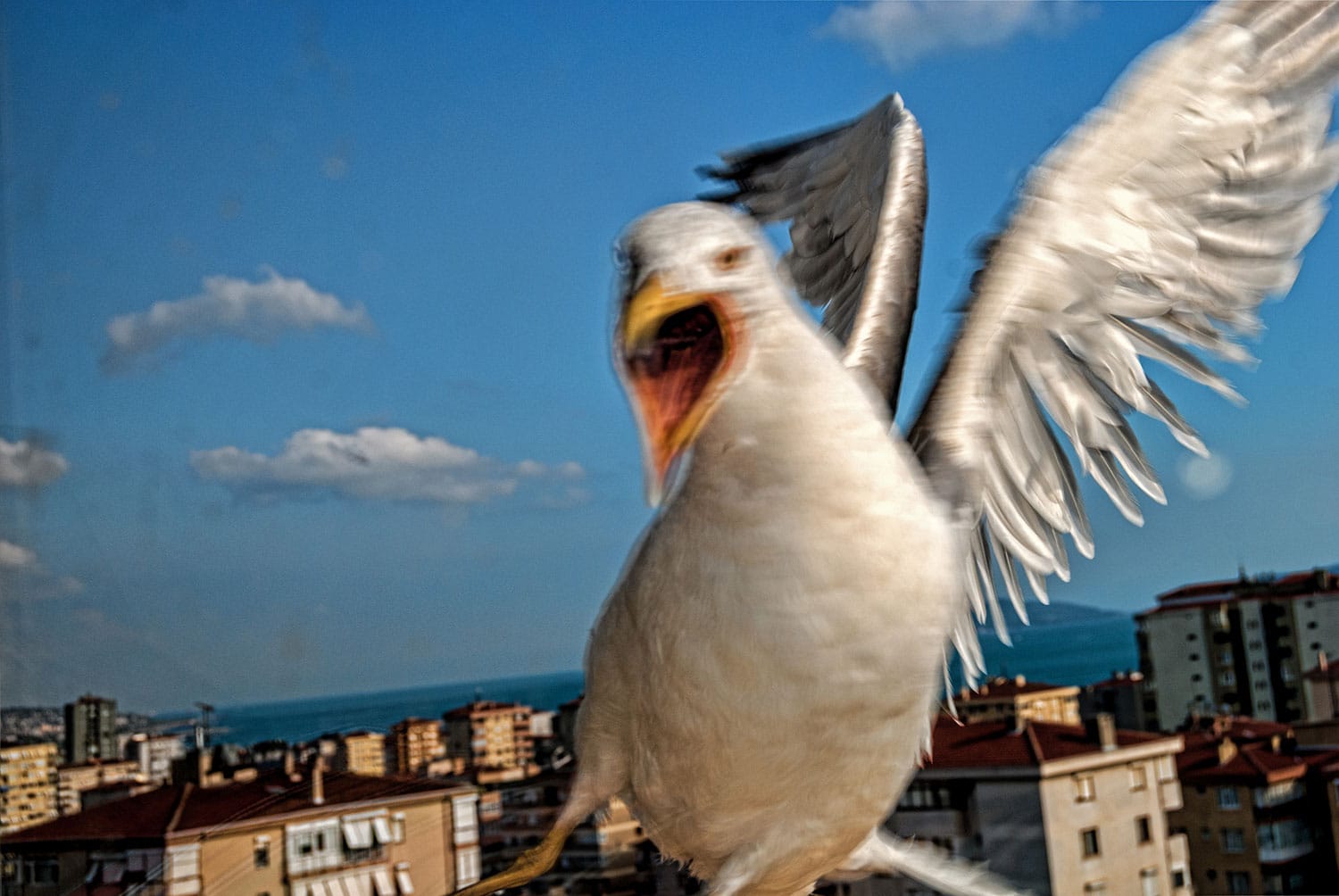 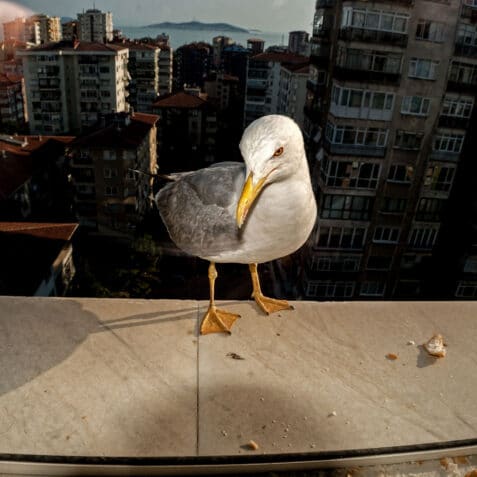 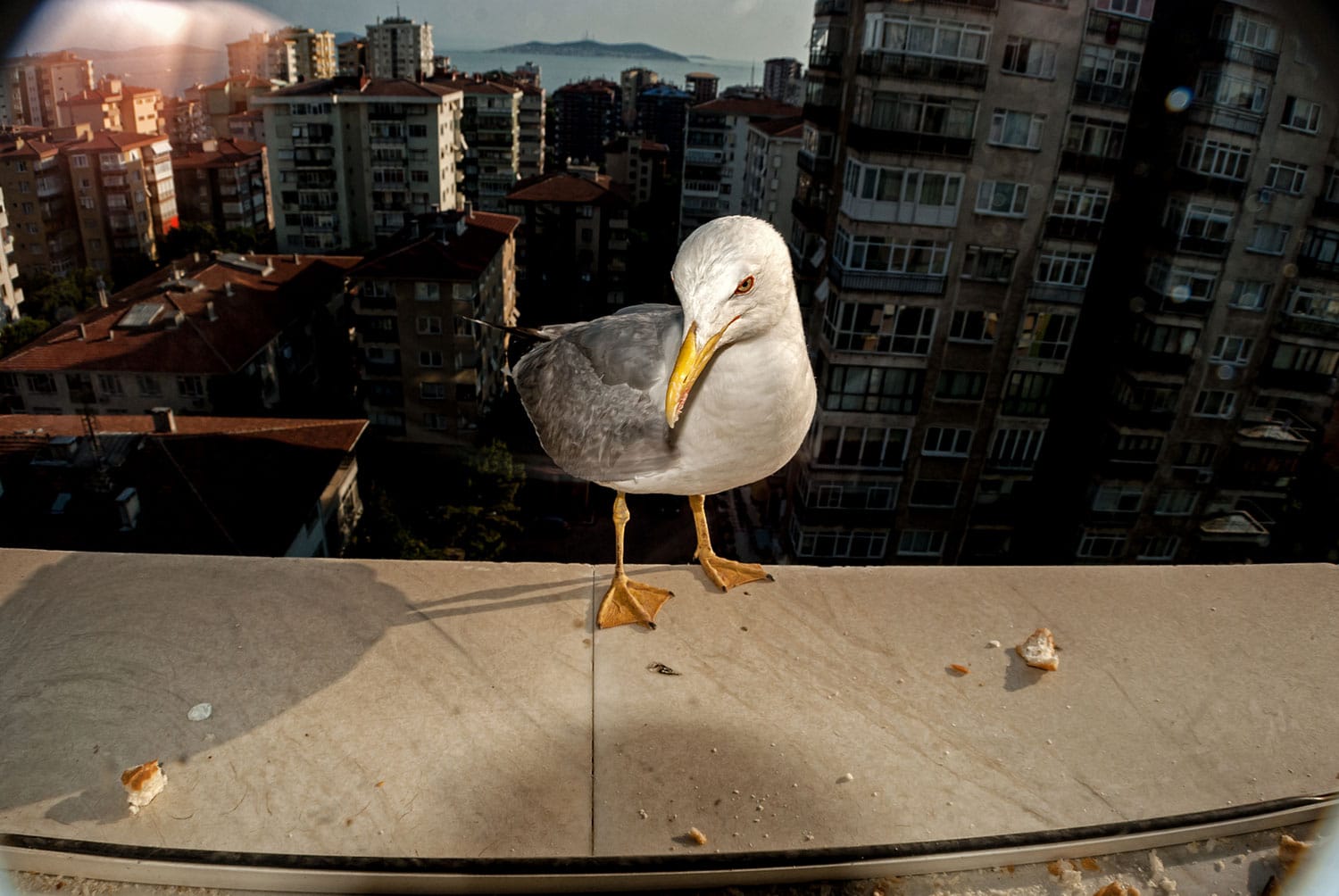