I Am the Sultan

Reflecting on the theme: Looking In, Looking Out, Looking Up; the band explored internal feelings of isolation throughout the lockdown months [looking in], the explosive state of the world directly after and the re-emergence of much inequality and division [looking out], and they took a view of the future beyond 2020 – the changed world we’ll be living in, for better or worse [looking up].

I Am the Sultan Speaks from the perspective of a young person growing up in inner London, groomed into a gang; violence as their way of life. By all appearances this is highly glamorous as the rewards it can bring are far more appealing than slaving away at a low paid job. Life is cheap, at least other lives are. They’ve come to no harm themselves: yet. So feeling invincible, like a sultan; yet witnessing fragility – they ironically chant, “having the time of our lives”.

The Grand Union Re:Generation Band is formed of musicians from the Grand Union Youth Orchestra, and consists of more experienced musicians on the threshold of a professional career. Working with musicians from the Grand Union Orchestra – themselves mainly first generation migrants, expert in many different global musical traditions – GURB are developing their own material reflecting these and contemporary styles, which they’ve been performing in residency at Poplar Union’s ‘Live in the Library’ sessions. Grand Union’s ethos is a fusion of cultures and celebrating the diversity of East London; this is their musical melting pot. 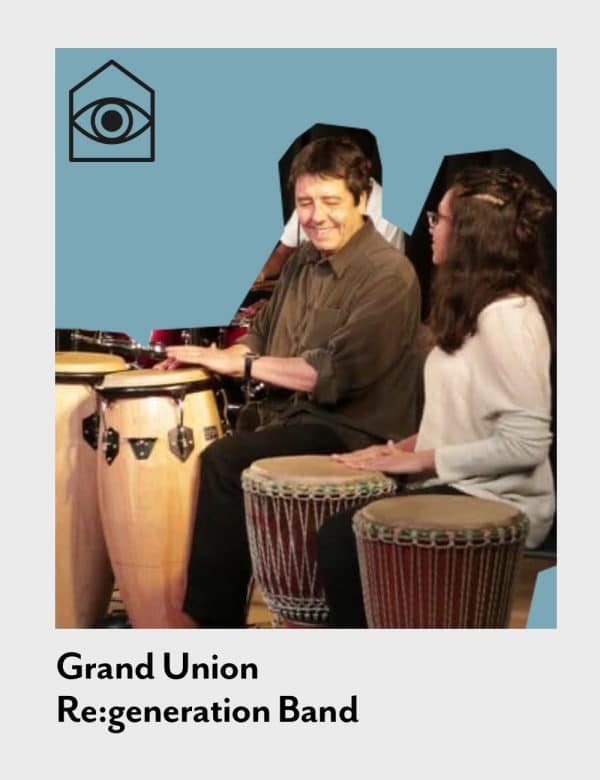