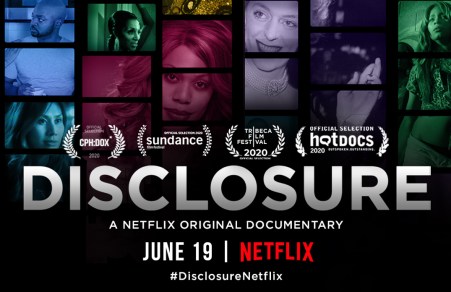 In celebration and acknowledgement of IDAHOBIT 2021 (International Day Against Homophobia, Biphobia and Transphobia), we will be screening Sam Feder’s 2020 documentary Disclosure via Zoom, followed by a post-screening discussion.

This pioneering documentary features talking heads from some of the world’s leading trans actors as they explore the evolution of trans representation in film and media from the 1930’s to today.

The film will be followed by an online discussion and audience Q&A with artists, performers and LGBTQIA+ icons: Dan de la Motte, Krishna Istha, Liv Wynter, Darkwah and Shay P-W. 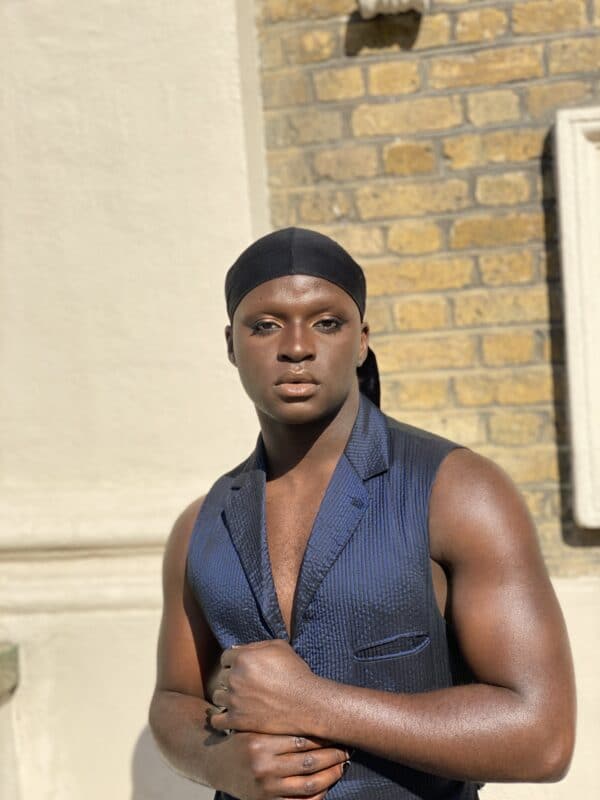 Darkwah is a Non-Binary Multi-Disciplinary Artist, Content Creator & Presenter for BET UK. The core aims of Darkwah’s work are to educate, entertain and inform and in doing so, provoke conversation on the issues they touch on in their work.
Focusing on the Black experience, the Black Queer experience and constantly pushing for increased visibility of Black and LGBTQPOC talent, voices, experiences and insights, Darkwah is dedicated to ensuring they and those they work with, can be the people that they themselves needed when they were younger. Darkwah has also worked with Gay Times where they were Fashion Editor, as well as FGUK & Noctis Magazine and has been featured in Hunger Magazine, AZ Magazine & Attitude. 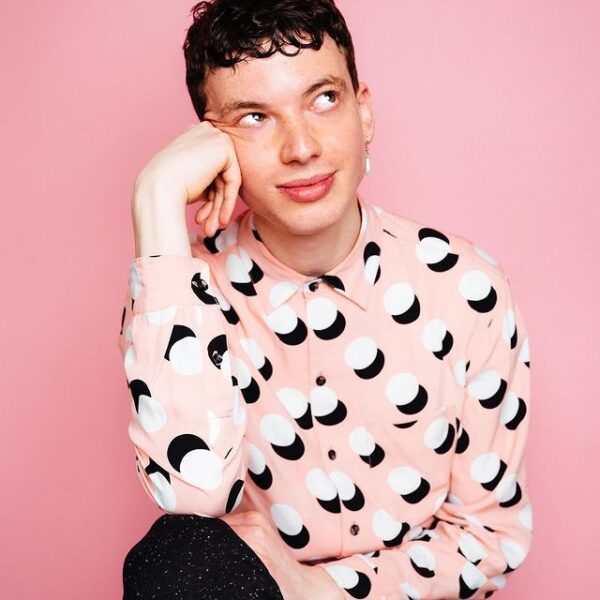 Dan (he/him) is a performer, host, comedian, tour-guide, speaker, curator and producer of Queer art and heritage. Elsewhere he is an elected Equity Councillor, a workshop facilitator/storyteller for many arts and culture organisations and a Creative Climate Leader. The book to accompany his latest exhibition; GLF AT 50 is titled THE ART OF PROTEST. 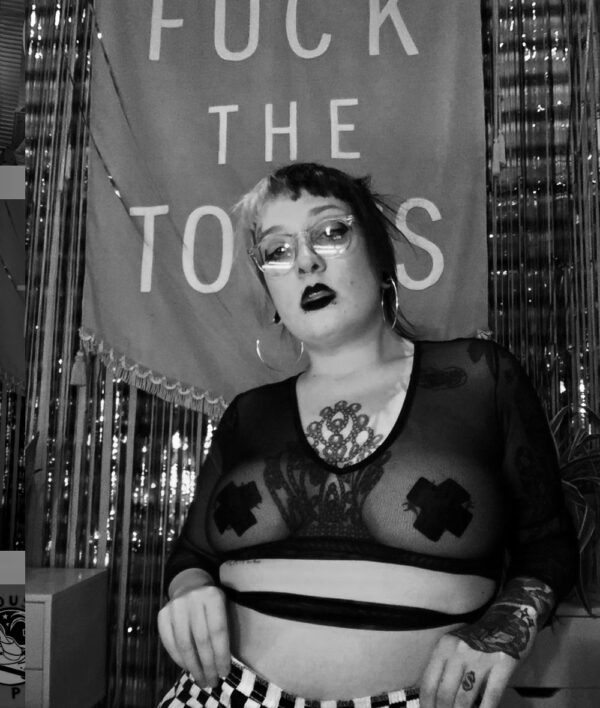 Liv (they/them) is a live artist and writer from SEL. Liv has been performing internationally since 2015, making live art that centres around radical action, community, rage, and power, and is currently working on their ACE funded live art show ‘the rise//the refrain’.

With successful residencies at Project Indigo, Wysing, FACT (and a less successful one at Tate), exhibiting at WORM Rotterdam, Wysing Arts Centre and Centre Régional d’Art Contemporain Occitanie, and even supporting Kate Nash a couple of times, Liv has gone on to cause chaos through both their personal practice and their commitment to antifascist, antisexist, and anticapitalist organising.

Liv is a peer support coordinator at Hearts & Minds, and spent COVID19 doing support work at The Outside Project, an LGBTIQ+ homeless shelter. Liv has been selected for the Royal Court Scriptwriting course 2020/21 and is the host for Queer House Party. Liv’s debut poetry collection, ‘Don’t Let It Go To Your Head’, was released in Nov 2020. Liv stands in solidarity with all groups organising against oppression. Quit your job, join a band, start a gang. 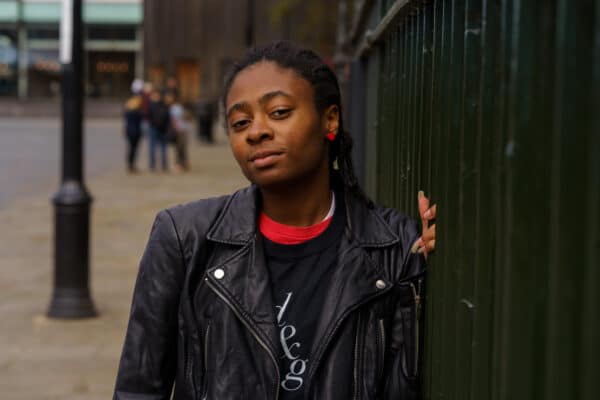 Shay is a young black queer non-binary person based In London. They are a creative, activist, speaker, and digital media student. They use their voice and experiences to inspire and educate members of the community who are underrepresented. Their aim is to create positive change and uplift the LGBTQ+ and QTIBPOC communities. They are also part of GIANTs – (Gendered Intelligence’s Activist Network of Spokespersons) where they help curate campaigns to improve the lives of trans and gender diverse people within their communities. 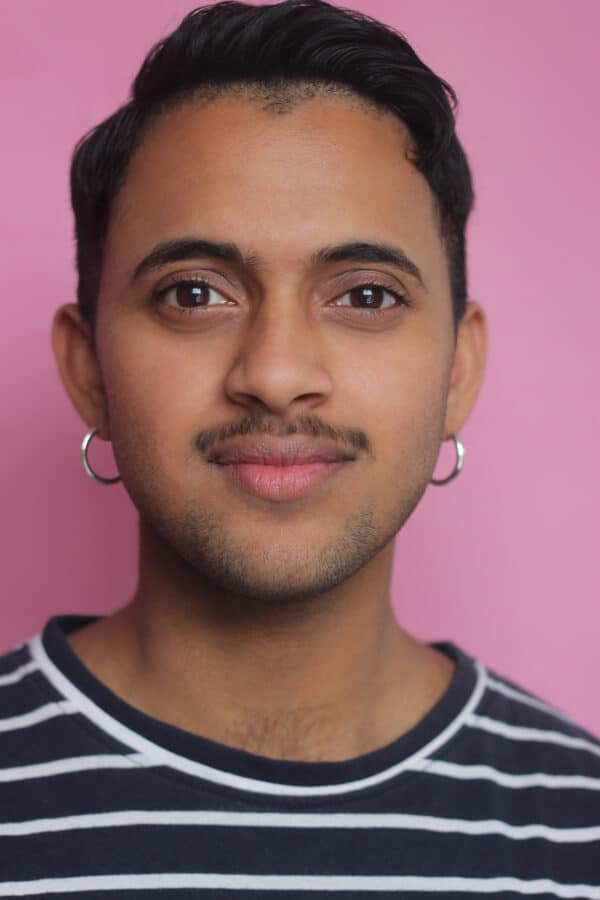 Krishna is a performance artist and comedian making trans-disciplinary work internationally, that speaks to taboo or underrepresented experiences of gender, race and sexual politics. Currently, they are co-directing a drama for BBC Radio 4, is an Arts Admin UK Bursary artist (2020-21) and a delegate on The Network (Edinburgh TV Festival ‘20).

This event will be via Zoom. Once you have booked, you will be sent a confirmation email. You will receive the Zoom link the day of the event. We encourage those who attend to donate to our chosen charity, MindOut; a mental health service run by and for lesbians, gay, bisexual, trans, and queer people. Donate here.