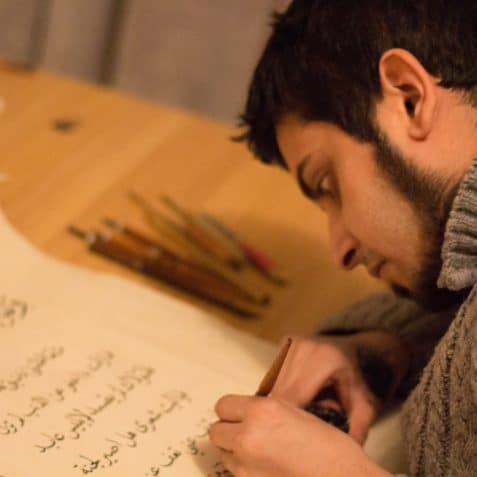 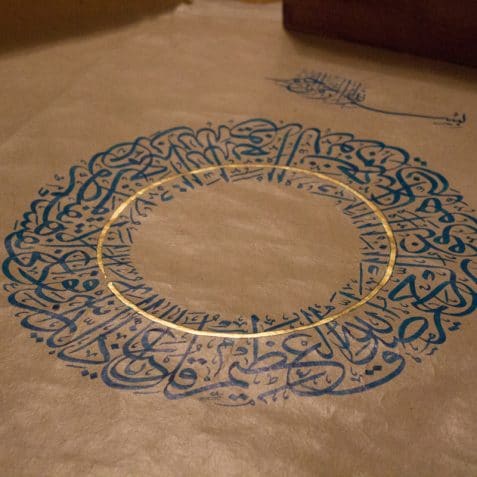 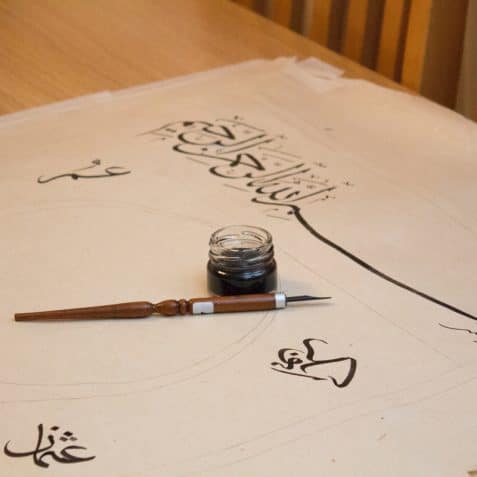 Be introduced to traditional Arabic Calligraphy materials and techniques that are still used today and learn the history and development of the Arabic Script(s) through the ages.

Join Samiur Rahman in this one-off workshop and practice the basic letter strokes, understanding the proportional system and the concept of the Nuqta in Calligraphy.  The workshop will begin with a short introduction & demo then finish with students trying to write their own names in Arabic Calligraphy.

Samiur is a creative artist and designer specializing in Arabic Calligraphy & the Traditional Arts. Deep-rooted within the Islamic tradition, Sami started off his journey whilst studying Islamic Theology. It was there he discovered the sacred art of Arabic Calligraphy and has since devoted himself to learning and practicing the art.

He graduated from the Princes School of Traditional Arts in 2017 where he was awarded the Bagri Prize for specializing in Arabic Calligraphy & Geometry applied to various mediums.

Having studied calligraphy under various masters, Sami has training in Naskh, Thuluth, Nastaleeq and Kufic scripts. His work with calligraphy ranges from different techniques, working with wood, ceramics and plaster as well as the traditional ink on paper. His work has been exhibited all over UK as well as having some of his pieces on display at the Museum of Islamic Arts in Malaysia. He has also worked with various Mosques & Centres across UK designing the interior walls.

He has collaborated with numerous organisations both on a social and digital level including Fresh, Harrods, John Lewis, La Mer, Fabriano, Selfridges, Mariott International & Dubai Tourism

Sami has also been teaching for several years, his workshops mainly focussing on Thuluth and Sqaure Kufic fonts. He has also worked on his own script by taking inspiration from variations of Kufic fonts and applying them to a geometric underlying grid. He launched House of Calligraphy in 2011 alongside Rayhan Siddique and Ismail Hussain who also work on projects. 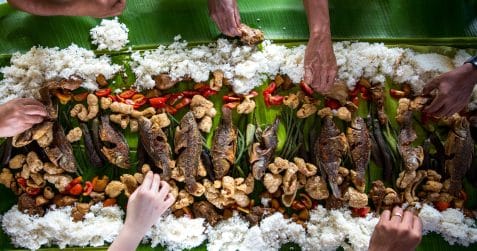 Bellyful of Tales with Sabrina Richmond 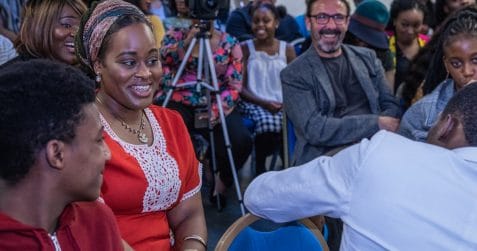 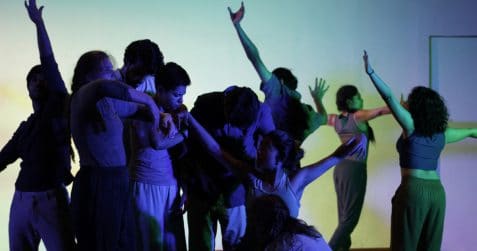